Here we are! FALO in english! Woohoo! Sorry if it took so long to happen but I am just one guy doing everything... fighting for the Arts. And I must say: it is a hard work – fortunately, most of the times it is a pleasure one. So... let’s begin!

First I need to explain to you why I am doing this magazine. In 2017, Brazil had some male performers arrested and an exhibtion closed because of male nudity. Then I understood the problem was(is) the penis: it bothers. A quick research made me realize that there’s a lot of information about Art and male nudity but nobody wants to talk/show.

As an art teacher and a designer, I decided to do something that envolves education through graphic media and brings free knowledge. A year ago, I started to design this project. In March 2018, I released the first issue.

One main point was to be in portuguese, to be a Brazilian magazine cause people here REALLY NEED TO LEARN ABOUT ART (if you are aware of our political situation, you are understanding what I am talking about). During last year I saw the international interest grows not only by the artists involved with the magazine but also with followers on social networks. It was clear that I had to translate the magazines.

What a big work for one guy, right? Yes it is! That’s why I decided to do an annual version with the best of 2018. However, to turn five issues into one would become a boring compendium. So, one became three: FALO ART (with all the contemporary artists), FALO PHOTO (with the photographers) and FALO HISTORY (with all the artists from the past that were in the magazine). The three issues also have other articles about Art or/and male nudity that were written on previous issues.

To be fresh for the “old readers”, some images were changed and the session moNUment brings a new photo and one that was already shown.

I would like to thank everybody... really... EVERYBODY! Readers, followers, artists, even the haters cause all of you made this magazine stronger.

I hope you understand how relevant this project is nowadays and learn something in the process. Enjoy! 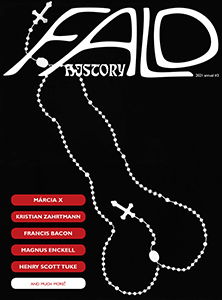 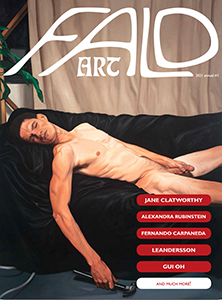